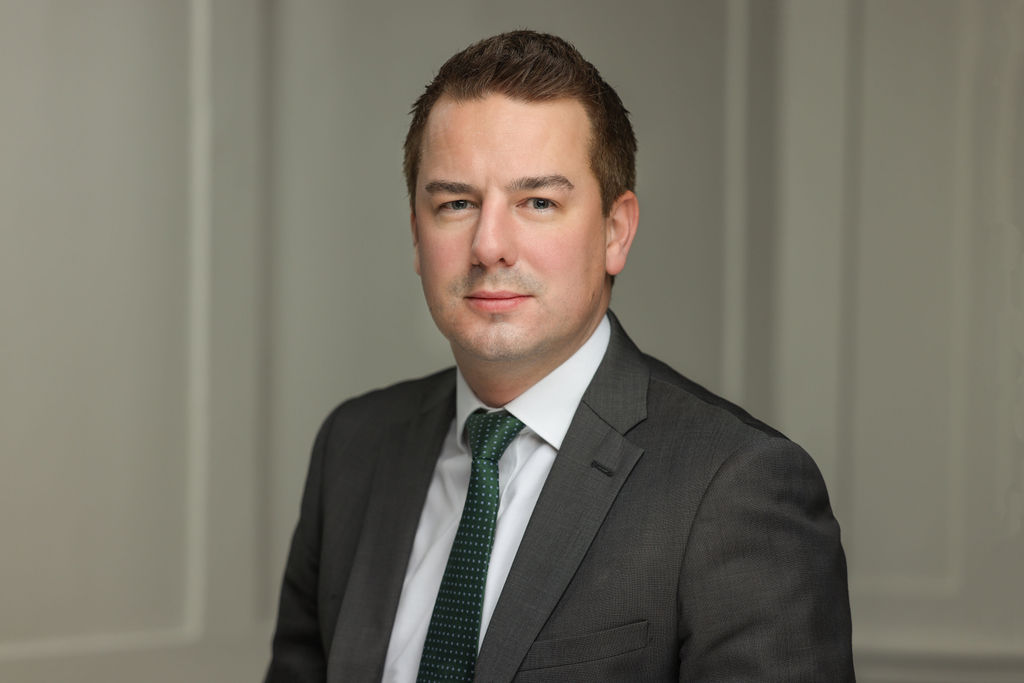 Alan undertakes work in matters of significant public interest, including public inquiries and inquests. He also regularly represents the interests of victims and families seeking the truth, accountability and compensation in response to deaths or serious personal injury following tragic events such as fatal or serious accidents and medical negligence.

Alan represents both claimants and defendants in a wide range of proceedings in the County Court and High Court. Alan has extensive advocacy experience in Fast Track and Multi Track matters where he has gained significant expertise in cases concerning allegations of fraud and issues of fundamental dishonesty arising from alleged false and/or exaggerated injury claims acting on behalf of both claimants and insurers.

He provides detailed and considered written advice on liability, evidence and quantum as required and is often instructed to draft letters of claim, pleadings, Part 35 questions to experts, Part 18 questions to parties, applications and submissions on costs.

Having initially begun his career at the Bar as a criminal practitioner, Alan also has broad experience in criminal defence work and continues to accept instructions in this area when possible. He has been instructed in a range of serious and complex cases concerning violent, dishonesty, drugs and road traffic offences.

Alan is known for his thorough preparation, strategic approach and meticulous attention to detail, which enables him to identify and take command of complex and delicate issues at an early stage and ensure that he ultimately achieves the best results possible for his clients in cases in which he is instructed.

Led by Sam Stein KC and instructed by Milners Solicitors to represent Core Participants and a witness from the infected and affected haemophilia community. The Inquiry is examining “the worst medical treatment disaster in the history of the NHS” during which thousands of men, women and children were infected with blood-borne viruses including HIV and Hepatitis C in the 1970s and 1980s. The Inquiry began hearing oral evidence in April 2019 and is expected to publish its Final Report in 2023.

Alan advised a number of families directly affected by the tragedy and helped over 50 individuals to secure core participant status in the ongoing Grenfell Tower Inquiry. Alan also assisted with the drafting of submissions to the Chair of the Inquiry on the scope and structure of the Inquiry and disclosure required in an effort to ensure that the Inquiry was fit for purpose when it began and will hold all those ultimately responsible to account in due course.

Alan represented a Core Participant within IICSA’s investigation into Accountability and Reparations for Victims and Survivors of Abuse. In the Report (https://www.iicsa.org.uk/key-documents/14231/view/accountability-reparations-report-19-sep-2019.pdf) published following that investigation, which closely examined both historic and current working practice and experiences of victims within the civil and criminal justice systems, IICSA made a series of recommendations for change to the approach to signposting, compensation, limitation, apologies, acknowledgement, redress and support.

Inquest into the death of R-MM, Walthamstow Coroner’s Court

Alan was instructed on behalf of the parents of a 6-year-old child who died as a result of the failure to recognise and treat her for meningitis. The Coroner reached a conclusion of natural causes contributed to by neglect and the concurrent claim for clinical negligence that Alan was also advising the parents on promptly settled.

Alan acted for the Claimant in this claim for damages, which included secondary victim and dependency claims following a serious hit and run road traffic accident that resulted in the death of the mother of a 7-year-old child. Alan drafted the pleadings and advised on quantum prior to a 6-figure settlement being negotiated at a successful Joint Settlement Meeting, which was subsequently approved by the Court.

Alan was instructed for the elderly Claimant who fell down the stairs at home having suffered nausea, vomiting, dizziness, hallucinations and confusion after being discharged from hospital with the incorrect medication. The Claimant suffered multiple injuries including a fractured skull with intracranial bleeding and spinal fractures. Liability was admitted and the claim settled following the exchange of Part 36 Offers.

Instructed for the Claimant who suffered personal injury as a result of the negligent failure to remove his entire appendix during a laparoscopic appendicectomy, which resulted in further surgery, scarring and permanent abdominal symptoms with future risks of adhesive bowel obstructions and hernias. The Claimant recovered significant damages for their injuries and past and future losses, which included damages to cover the identified future risks.

In this clinical negligence matter, Alan was instructed to advise the family of a patient who died following a hypoglycaemic cardiac arrest caused by the negligent administering of intravenous insulin and inadequate treatment following extensive surgery for gastrointestinal cancer. Liability was admitted and  settlement was negotiated just prior to limitation.

Alan successfully represented a Claimant facing allegations of fraud on the basis of a staged ‘slam on’ collision whose claim had been linked by insurers as one of 15 separate accidents that were said to be part of an alleged fraud ring operating around Lincoln. At trial 5 claims remained, which were ordered to be heard together over 10 days before HHJ Godsmark KC. Every claim was found fraudulent and dismissed except for Alan’s client’s claim, which was found to be genuine and resulted in an award for damages for personal injury and other losses.

Instructed by the Defendant’s Insurers in relation to claims following a serious ‘head-on’ road traffic collision that had resulted in permanent injuries and future risks. At a Joint Settlement Meeting Alan negotiated settlement of the Claimants’ claims on a full and final basis which had been advanced with a combined value in excess of £600,000 on the basis of a provisional damages award.

Following service of a Defence alleging fraud that relied upon the evidence of an alleged independent witness, Alan was instructed to draft a Reply to Defence, see the Claimants in conference and advise on the evidence. The Claimants were adamant that the independent witness was not present and following advice to instruct an independent agency to carry out online searches to establish any potential links to the Defendant driver it was established that they were well known to each other and likely related. The claims were eventually settled prior to trial with recovery of damages and costs.

Instructed for the Claimants who were facing allegations of fraud on the basis that the driver of their vehicle braked deliberately to induce a collision. Alan drafted a robust Reply to Defence and was actively involved in assisting the Solicitors throughout the life of the claim, which was ultimately settled the day before trial with the Claimants all receiving favourable sums of damages.

Alan acted for the Claimant who was pursuing a claim for personal injury and consequential losses following a rear-end collision in which she suffered spinal injuries. The claim was settled prior to trial for a 6-figure sum.

In this claim in which the Claimant suffered a repetitive strain injury to his back leading to multi-discipline pain management therapy, Alan advised on quantum of general damages and a substantial claim for loss of earnings. The claim was compromised following the acceptance of a Part 36 Offer for a 6-figure gross settlement sum.

Alan was instructed to represent the Claimant at trial who was accused of fraud on the basis of an induced collision involving a ‘stooge’ vehicle and the involvement of phantom passenger. Following crucial cross-examination of the Defendant driver, having found the claim was genuine and that the allegations of fraud had been pursued by the Defendant without justification, the Judge agreed that the circumstances of the case were exceptional such that the provisions of CPR 45.29J applied and the Claimant was awarded damages and costs exceeding fixed recoverable costs.

Alan continues to provide assistance and advice to In-FACT (The Independent Fetal Anti Convulsant Trust) (https://infactuk.com), having previously drafted submissions to the Government alongside Michael Mansfield KC setting out the appropriate response to the failure to protect NHS patients prescribed the anti-convulsant drug Sodium Valproate and the urgent measures required to provide relief and assistance to all those who have been harmed by Sodium Valproate and affected by Fetal Valproate Syndrome.

Those submissions, which called for a public apology from the Government together with the establishment of care plan and redress schemes, were forwarded for the consideration of The Independent Medicines and Medical Devices Safety Review (http://immdsreview.org.uk) chaired by Baroness Julia Cumberlege CBE DL, which examined the circumstances and avoidable harm caused to NHS patients as a result of three public health scandals: Pelvic Mesh, the epilepsy drug Sodium Valproate and the hormone-based pregnancy test Primodos.

Aptly titled “First Do No Harm”, the Review’s Report (https://www.immdsreview.org.uk/downloads/IMMDSReview_Web.pdf) published on 8th July 2020 set out nine major recommendations to bring overdue and desperately needed help and support to the many victims and families who have avoidably suffered as a result of these clinical interventions, and to reduce the risk of avoidable harm from medicines and medical devices in the future.

Away from Chambers Alan is an enthusiastic sportsman and particularly enjoys running and both playing and watching football on a regular basis. Alan also enjoys travelling whenever possible, listening to a variety of music and has a keen interest in books, films and television productions about the mafia and organised crime syndicates across the world.

“Alan has a high level of expertise accompanied by a very professional approach and an excellent rapport with clients.  He works hard to achieve the right result with exceptional attention to detail accompanied by a common sense way of tackling issues no matter the complexity.”

“I have worked professionally with Alan for the last 8 years. He has assisted me on a wide range of complex clinical negligence claims and fatality matters. Alan is methodical, hardworking and diligent in his approach to the handling of claims. One of his main assets is that he is extremely knowledgeable and able to think outside of the box in order to bring a claim to a satisfactory conclusion for the client.”

”I instructed Alan Barker through the direct access scheme after my personal injury claim had been handled negligently by my initial solicitors. From my initial enquiry to the successful conclusion of my case, Alan Barker was excellent.  Even though there were unforeseen delays and complications, Alan dealt with everything efficiently and professionally, I could not thank him enough and wouldn’t hesitate to recommend Alan Barker and Nexus Chambers. Everyone we dealt with at Nexus were always polite and professional.